The annual Gulf of Mexico Oil Spill and Ecosystem Science Conference will be held in Tampa, Florida February 1-4, 2016 and will be attended by all DEEPEND PI's and many consortium members.  A list of talks given by DEEPEND member cans be found here and the event schedule for the conference can be found here.

The 2016 conference theme, “One Gulf: healthy ecosystems, healthy communities,” will focus on opportunities to promote and sustain a healthy Gulf environment, communities, and economy, including new discoveries, innovations, technologies, and policies. A strong emphasis this year will be placed on the human dimensions of oil spill in addition to the ecosystem science research that has led past conferences.

DEEPEND researchers found three specimens of a new species of anglerfish, Lasiognathus dinema, at depths between 3,200 and 4,900 feet in the northern Gulf of Mexico.   The website iflscience.com named the anglerfish as their #1 favorite species discovered in 2015.  The video can be viewed here:

Anglerfish all have unique appendages extending from their heads that are used to lure prey. This new species has a particularly funky, fishing pole–like barbel on its noggin that also produces light.

“Finding this new species reinforces the notion that our inventory of life in the vast ocean interior is far from complete,” says study co-author Tracey Sutton, a marine ecologist. “Every research trip is an adventure and another opportunity to learn about our planet and the varied creatures who call it home.

Dr. Johnston's talk was recorded and can be viewed here

DEEPEND research presented at the Fish at Night Symposium

DEEPEND research was prominently featured at the first international "Fish at Night Symposium" in Coconut Grove, Florida on Nov. 17-20th 2015.  Dr. Tracey Sutton, Director of the DEEPEND consortium, was the chair for the Deep and Polar Sea (“Perpetual Night”) Fish and Fisheries session.  Featured DEEPEND talks and presenter were:

April Cook, MS - "What Have We Learned About the Diversity of Oceanic Fauna of the Gulf of Mexico After Deepwater Horizon? Initial Results of the Offshore Nekton Sampling and Analysis Program

The full program can be downloaded here 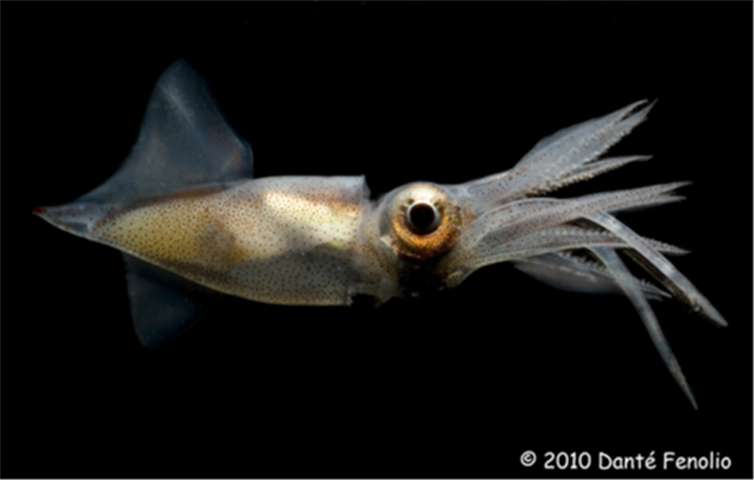 Heather Judkins and Mike Vecchione are at the Cephalopod International Cephalopod Symposium this week in Hakodate, Japan presenting cephalopod talks related to the Gulf of Mexico diversity and vertical distributions of some highlighted groups as well as the changes of cephalopod taxonomy that have changed over the last 12 years in the region.  They are excited to share findings with their colleagues about these exciting invertebrates!

New Anglerfish Discovered During Ongoing Research in the Gulf of Mexico 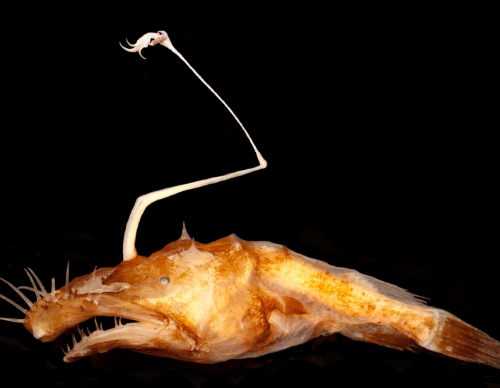 FORT LAUDERDALE-DAVIE, Fla. – They are some of the most interesting and unique creatures in the oceans – deep-sea life. Most people can identify a shark or sea turtle or whale, but many are shocked to see what a lanternfish or oarfish looks like. Deep-sea creatures can be down-right scary looking.

Adding to the list of deep-sea creatures, a Nova Southeastern University’s (NSU) Halmos College of Natural Sciences and Oceanography researcher recently found a never-before seen species from the deep waters of the northern Gulf of Mexico. Tracey Sutton, Ph.D., is one of NSU’s experts on deep-sea life and he teamed up with Theodore Pietsch, Ph.D. from the University of Washington to formally describe this new species of anglerfish.

Read more: New Anglerfish Discovered During Ongoing Research in the Gulf of Mexico

Alisha Stahl is our new Teacher at Sea

Alisha Stahl will join the DEEPEND crew aboard the MV Point Sur in August. Alisha will be live blogging from the ship - we wish her an exciting adventure! You can read more about Alisha and our Teacher at Sea program here.

The Blazing Seven is slated to set sail on Monday, July 20 for the second DEEPEND ichthyoplankton cruise lead by Dr. Jay Rooker of Texas A&M University Galveston. The goal will be to survey larval and early juvenile pelagic fishes of the northern Gulf of Mexico's shelf and slope waters. You can learn more about this research here. Follow the DEEPEND team throughout this cruise as our teacher at sea, Megan Ehlers, and graduate student, Kendall Lord, blog and post photos detailing their experiences as they embark on their first oceanographic research cruise.