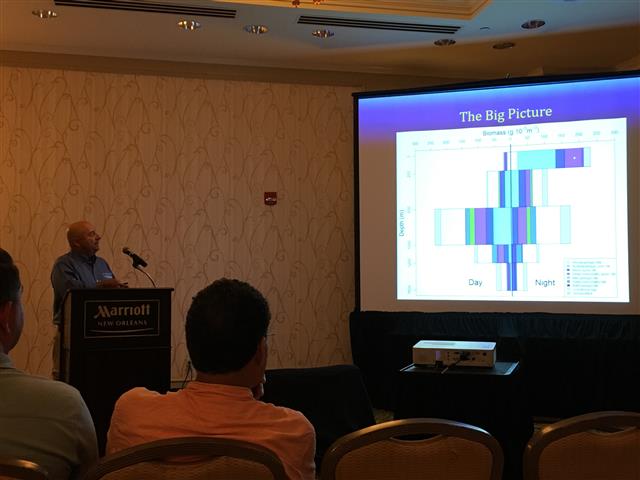 DEEPEND Consortium Director, Dr. Tracey Sutton, gave an oral presentation about the vertical dynamics of deep-pelagic fish assemblages in the Gulf of Mexico. He has found several distinct vertical patterns that tie the surface-living fauna (e.g., toothed whales, tunas, oceanic sharks) to the mesopelagic (200-1000 m depth), and even bathypelagic (>1000 m) fauna. The varying degrees of upwards and downward active movement links the entire Gulf ecosystem from top to bottom, including all depths of the Deepwater Horizon oil spill. He also presented a DEEPEND Consortium poster with Co-Author and DEEPEND Project Manager, April Cook to spread the news about the great work that is happening. April also gave an oral presentation comparing the catches of a deep-living, top predator fish family, the Great Swallowers (family Chiasmodontidae) using two different gear types. In this she promoted the use of larger sampling gear to assess the larger, but often missed, predatory fishes. The larger gear not only catches more fish per cubic meter of water filtered, but also catches the larger adults in higher numbers and more frequently than does a smaller rectangular trawl. 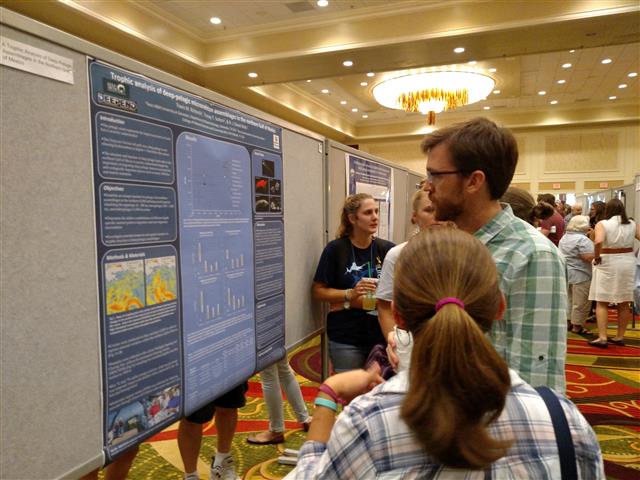 Doctoral student Travis Richards, from Texas A&M University Galveston, presented a poster on the food web structure of the oceanic Gulf. He is using stable isotope biochemical analysis to establish baseline data for epi-, meso- and bathypelagic organisms in order to trace the flow of organic matter in these systems. He presented preliminary data showing several distinct trophic levels, including carbon sources, plankton and larger organisms. These data will help evaluate trophic connectivity in the Gulf. Last, Masters student Alex Marks of Nova Southeastern University presented an oral talk focused on the reproductive ecology of the dragonfishes (family Stomiidae), the dominant top predatory fishes of the mesopelagic zone. This is the first such study of its kind in the Gulf. He found that dragonfishes do not change sex as they age, as do many fishes of their order, and that males generally mature at a smaller size than females. He also found that dragonfishes reproduce throughout the year instead of all at once, perhaps mitigating the damage caused by point-source disturbances like oil spills. 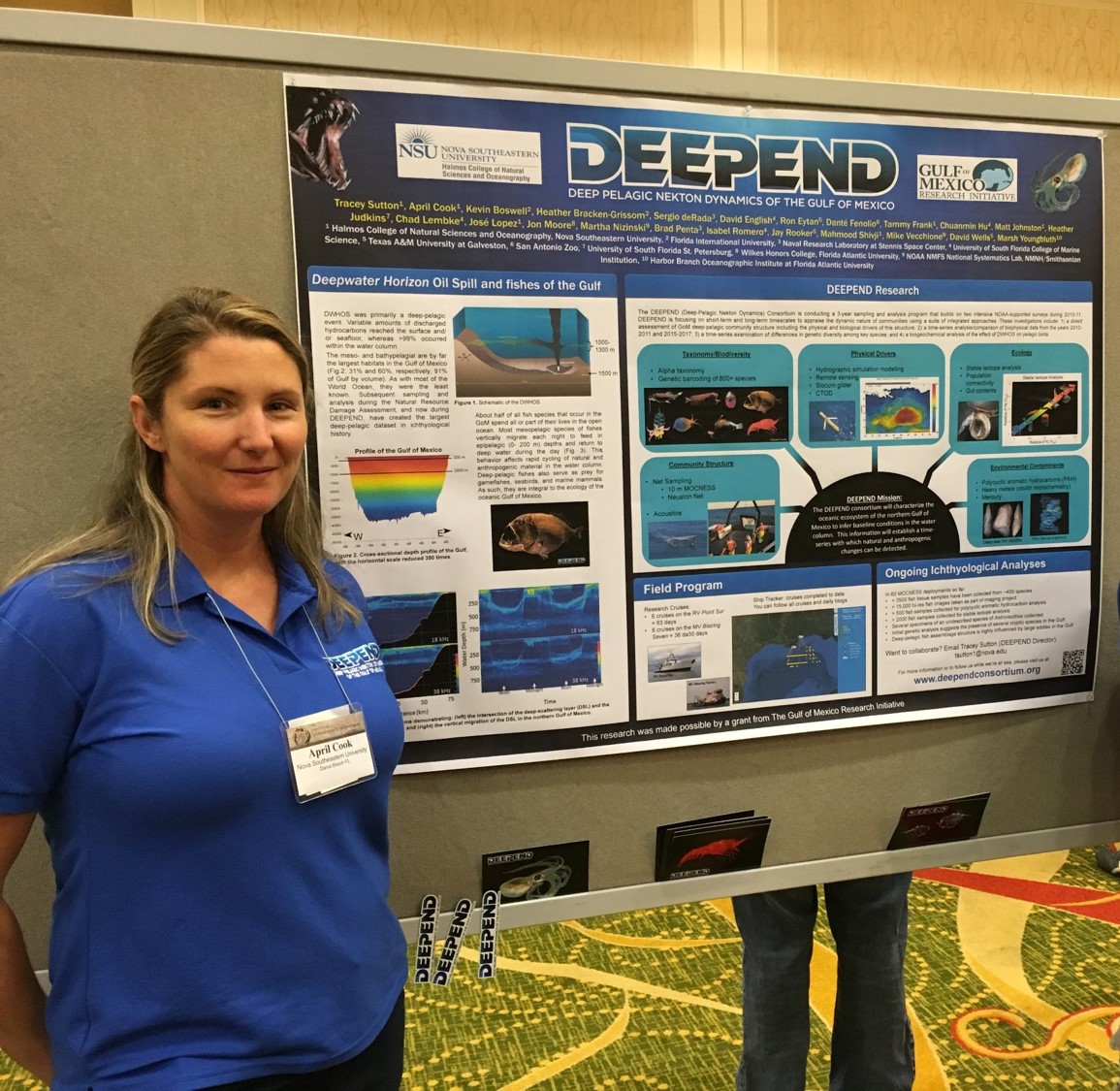