Posted by Christia Hewlett on Saturday, 07 May 2016 in Teachers 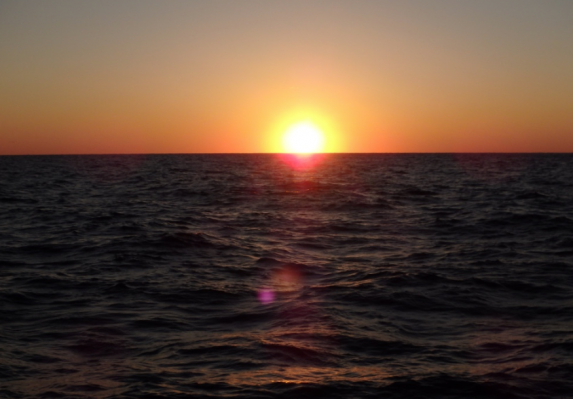 Yesterday was filled with the wonders of nature, not only from the ocean depths but at the surface as well.  Early in the day we were lucky enough to see some dolphins. The pod of dolphins was quite substantial and had around 50 members. They were splashing and jumping up in the water and bow riding along with the ship. 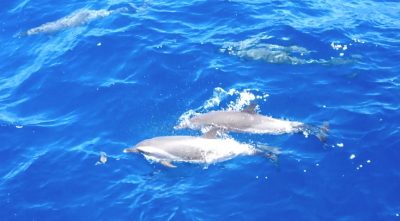 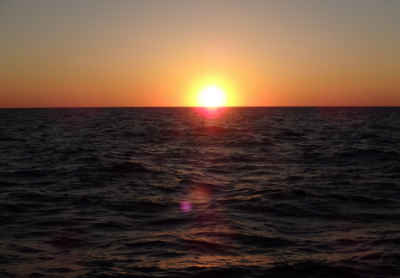 In the evening around 10 pm after we had processed the samples from the nets, the lights were turned off on the deck of the boat.  It was possible to see so many stars and a few of us even got to see some shooting stars.  And not to be outdone, the ocean water was putting on a show too!  The wake of the boat had a slight glow from the bioluminescent plankton in the water.  Bright flashes of light were able to be seen sparkling in the water when some of the floating pyrosomes & other bioluminescent organisms were churned up at the water’s surface. Unfortunately my camera could not capture the beautiful display.