The Catch of a Life Time!

Posted by Chris Valdes on Monday, 08 August 2016 in Teachers

Wow, what a day it has been aboard the Point Sur!  After what would seem to be a regular MOCNESS sort, I was told that the SLOCUM glider was ready to be launched.  I was very excited for this news because I have only seen this done on television shows and now I had a chance to be a part of it in real life!

The SLOCUM glider is an autonomous underwater vehicle (AUV) that can dive up to 1,000m to record different data including temperature, conductivity (to calculate water salinity and density), currents, and bio-acoustical data. As is rises from the depths, it synchs with satellites so data can be downloaded.  This particular AUV can spend up to 2 weeks roaming the ocean before it is ready to be picked up.  I was told that later on our cruise, we will be picking up 2 other SLOCUMs that were deployed about 2 weeks ago.  That data will be instrumental to our understanding of the ocean’s depths. Below is a picture of our crew launching the SLOCUM.  You may notice in the last picture the tail of the glider is pointing to the sky.  This is the data uplink communicating with the satellite above.  After a few moments, the glider was on its way.

Below is a diagram of the SLOCUM's inner make up.

Below is the crew loading the SLOCUM into the zodiac. 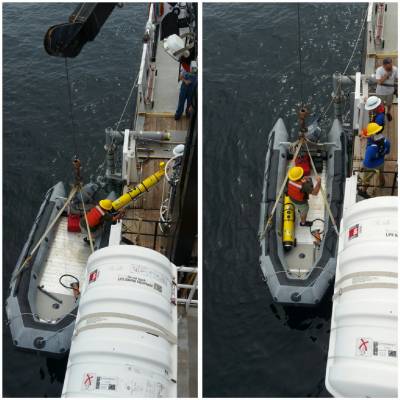 Below is the crew deploying the SLOCUM as it begins its data up link to the satellite. 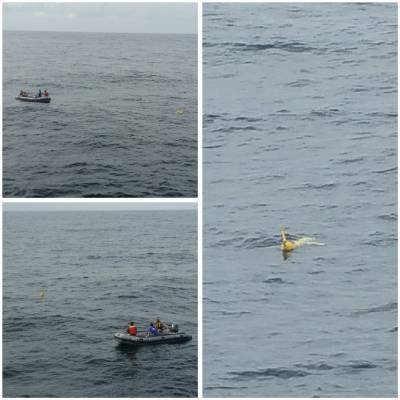 After seeing the SLOCUM start its journey, I smelled a great odor in the air.  The smell that your olfactory nerves usually react to on the 4th of July…barbeque! As I walked around the deck I saw Chef Alex grilling steak. It smelled delicious and tasted even better.  He said he wanted to cook a Brazilian inspired dish in honor of the Rio Olympic Games.

Chef Alex stopped for a quick picture before getting back to the grill! 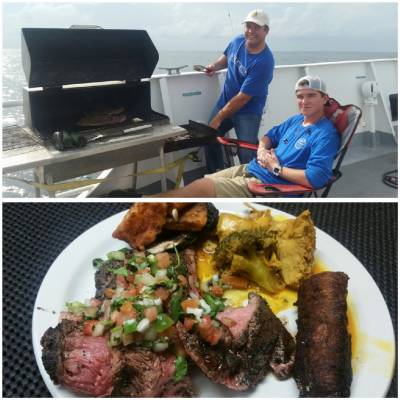 After dinner, the science team was to witness a magical and very rare specimen!  The Linophryne is a type of angler fish. This angler fish is the only one to use both intrinsic and symbiotic bioluminescence.  This specimen is so rare the entire team stopped working to take photos with the magnificent creature.  Dante also was able to work his magic and take the incredible picture below! If you look closely there is a male Linophryne (called a parasitic male) attached to the bottom side of the female that is used for its sperm for reproductive purposes, while its circulatory system is infused with the female.  The other impressive characteristic of this specimen is its size.  According to Dr. Sutton, he has never seen one of this magnitude.  We all were in awe just looking at this beautiful creature!

Below is the specimen caught today. 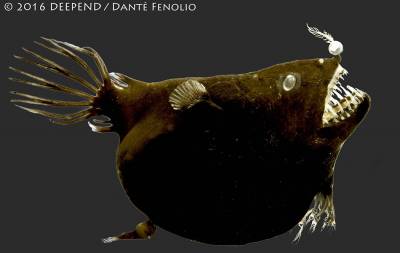 Below is the transformation of this species from juvenile to adult. 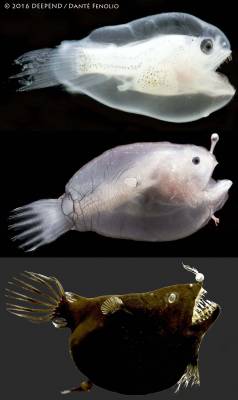 I am definitely looking forward to more moments like the ones I experienced today.  I am always learning something new and I love that I am able to actively participate in these moments.