It's all about the detail

Posted by Dante Fenolio on Wednesday, 06 May 2015 in News 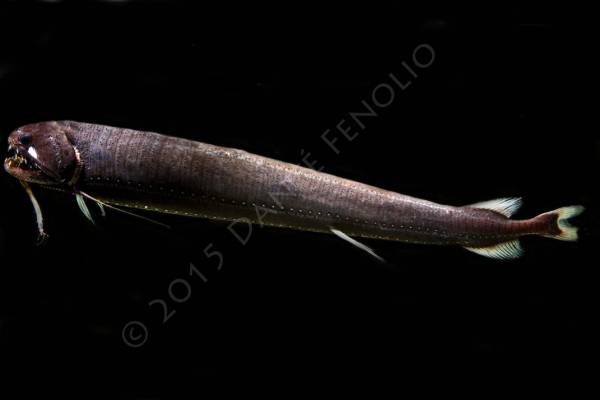 Working as a wildlife photographer on board a research ship provides endless opportunities.  What I think I enjoy the most is capturing the detail in a specimen.  For example, this beautiful Threadfin Dragonfish (Echiostoma barbatum) has an amazing pattern and texture to its skin.  The photophores (light producing organs) add to the pattern.  The detail of the barbel, with its glowing end, fascinates me.  I wanted to take the opportunity to share a series of images I took trying to highlight the detail of a dragonfish. 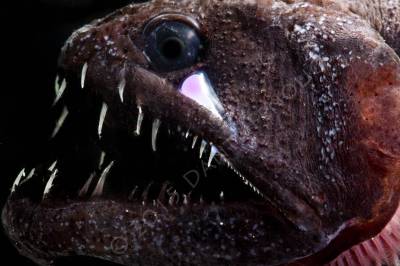 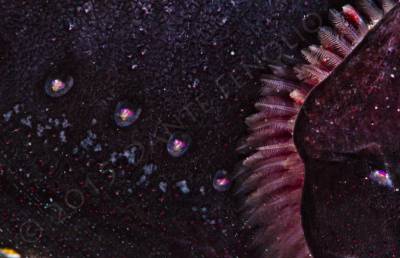 The feathery gills of the fish extend out from behind the gill cover (opercula).  The circular objects behind the opercula are photophores.  Dragonfishes may use photophores on their sides to recognize fishes of the same species, even the opposite sex, in the dark. 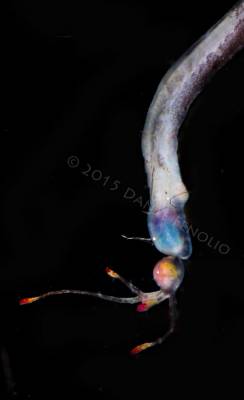 The barbell of the dragonfish has an end that glows in the dark.  Similar to anglerfishes, dragonfishes attract their prey using glowing lures. 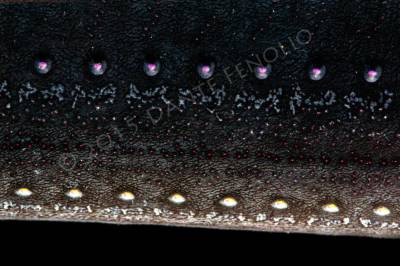 The sides (or flanks) of dragonfishes are decorated with lines of photophores.  These light producing organs may convey important messages between members of the same species. 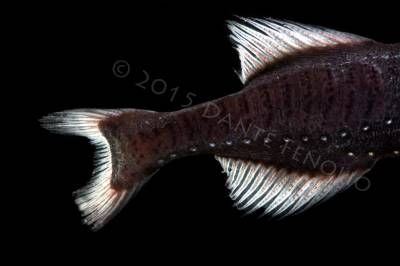 Even the tail end of the dragonfishes can be adorned with photophores. 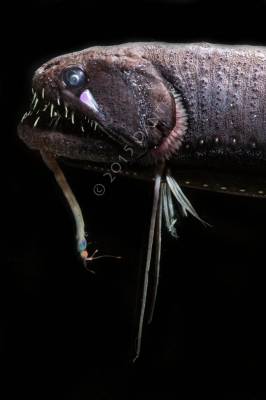 Lots more to come but I wanted to share the detail of a particular fish today.  Working on this ship is really a wildlife photographers dream!

Last modified on Wednesday, 06 May 2015
Dante Fenolio
Danté Fenolio grew up in the fog-shrouded redwood forests of the Santa Cruz Mountains in California. Banana Slugs, Pacific Giant Salamanders and Red Legged Frogs were a regular part of his daily childhood experience. His father and grandfather were avid outdoorsmen, imparting a love of nature in Danté that remains today. Field work in the tropics began at an early age and evolved into summer months that were spent in the Amazon Basin performing herpetological surveys. Fenolio earned a combined undergraduate degree in Biology and Environmental Studies from the University of California Santa Cruz. He continued on and earned a Masters degree in Zoology from the University of Oklahoma, where he examined the population ecology of the Ozark Blind Cave Salamander. His concurrent involvement with the Subterranean Biodiversity Project gave him the opportunity to work in hundreds of caves across the Ozarks of Oklahoma, Arkansas, and Missouri. Danté then earned a Ph.D. in Biology from the University of Miami, Florida, involving amphibian conservation and taxonomy. After graduate school, Fenolio worked for the Atlanta Botanical Garden, helping to coordinate both local and international conservation efforts and developing captive breeding methods for critically endangered species. Perhaps the most significant project while with the Garden was the development of the Chilean Amphibian Conservation Center, in Santiago, Chile. The collaboration with the National Zoo of Chile works to develop captive assurance colonies of endangered Chilean amphibians and to monitor wild populations for emergent infectious disease – see www.savedarwinsfrogs.org . Danté now runs the Department of Conservation and Research for the San Antonio Zoo (San Antonio, Texas, USA) with active conservation work in the United States, Peru, Brazil, Chile, Costa Rica, China and Japan. Fenolio's research interests focus on the ecology of animals living in challenging environments such as subterranean ecosystems, deep water environments, and forest canopies.
http://www.anotheca.com
Author's recent posts