Posted by Kris CLark on Tuesday, 24 October 2017 in Scientists 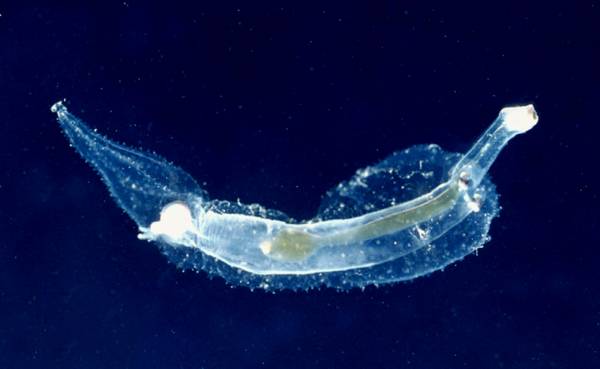 Hey, have you ever heard of a heteropod?  You may have heard that term associated with terrestrial spiders, but what I am talking about is a group of very special marine snails!  Hi, I’m Kris Clark, a graduate student from the University of South Florida College of Marine Science, studying marine gastropod molluscs collected from the DEEPEND cruises. My little creatures are within the Superfamily, Pterotracheoidea.  These floating sea snails, commonly called heteropods or sea elephants (albeit they are generally small), are found throughout the world’s oceans in tropical and subtropical waters where they have adapted to pelagic (open sea) living.  I like the name sea elephant as it describes their resemblance to an elephant’s trunk.  These animals have an extended proboscis or nose-like feature that terminates with their mouth.  The term heteropod was coined for these little beasts back in the 1800’s when they were first realized.  The term was used because of the evolutionary development of their swimming fin from their ancestral foot – hetero meaning “different” or “other”.

There are three family groups that are categorized by the type (or lack) of a shell.  Atlantidae have a full shell where the animal can fully retract inside.  Carinariidae have only a very tiny partial shell that covers their visceral mass and gills.  And lastly, the Pterotracheidae lack a shell entirely. All heteropods have mostly transparent bodies, have an evolved foot that now serves as a swimming fin, have a mobile proboscis for feeding, and have spherically gelatinous eyes for locating prey.  They feed on copepods, polychaetes, brine shrimp, salps, tiny crustacea, jellyfish, pteropods, and other heteropods.

Most people have not ever heard of heteropods.  And that’s not surprising.  This group of sea-life is still understudied, however more investigations are developing, including mine.  One important and interesting finding about heteropods is that there are a lot of them in the oceans.  And since they are found in every ocean and are very abundant it is estimated that these swimming snails are highly important to the ocean foodweb – mainly fishes rely on the heteropods to eat, and larger prey eat these fishes, and so on.  So heteropods post an important position in the food hierarchy in the ocean system.  Many other compelling attributes have been discovered about little heteropods… keep in touch with our future articles for more curious discoveries! 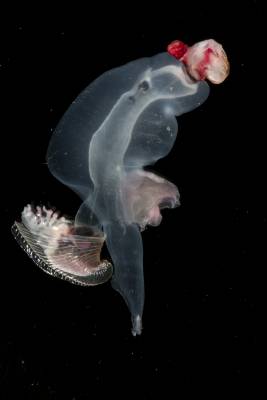 Want to learn more now?  Check out these fun videos of swimming Pterotracheoidea…