Posted by Megan Ehlers on Thursday, 23 July 2015 in Teachers

Yesterday was another beautiful day on the Blazing Seven.  We’re still running across a significant amount of sargassum while using the neuston net.  Our captain, Thomas Tunstall, tries to avoid the floating masses during the tows. 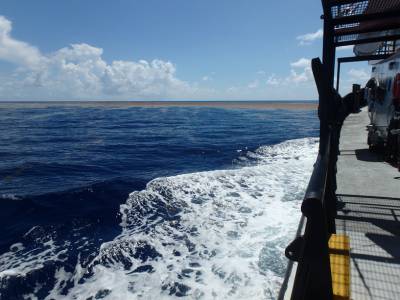 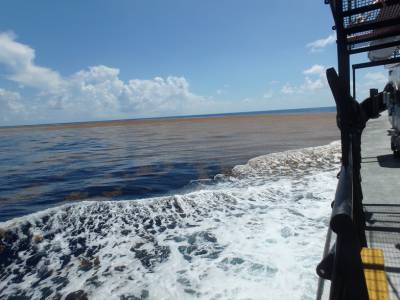 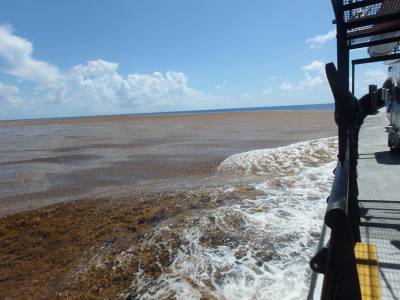 Deploying her own plankton net at every other site is Jillian Gilmartin.  She came to Texas A&M (TAMU) from NC State with degrees in Meteorology and Marine Science.  She just brought up a sample with lots of jellyfish.  She explains that this area, the middle of the loop current, is warmer and has low biological productivity.  Jillian is collecting the plankton samples for her thesis.  Her research focuses on tropical species found in the Gulf of Mexico that arrive there via the loop current off of the Yucatan. 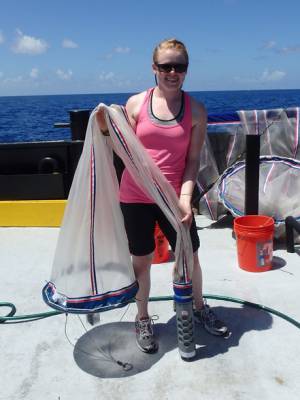 When I asked what I should tell my students who are interested in pursuing a career in Marine Science she suggested getting involved during your undergraduate degree by interning or working in a lab. The work she did outside of her major is actually what led to her current research with Dr. Rooker. 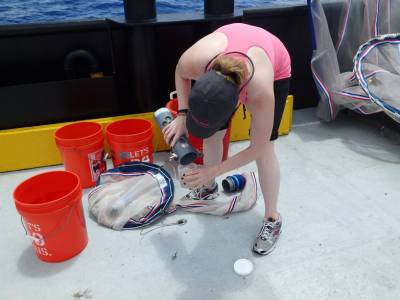 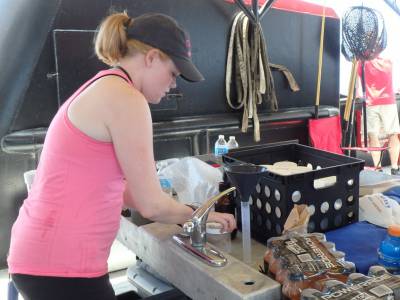 Cori Meinert is a brand new graduate student at TAMU.  She is an Environmental Science major from Ohio that worked in a freshwater lab last summer.  She came across an article by Dr. Rooker during her studies, emailed him, and then made the decision to start her Masters degree at TAMU.  She had just arrived in Texas and then traveled the very next day to the ship for this research cruise.  What a way to dive into your graduate degree!  In the picture below Cori is recording the pH, salinity, and other characteristics of the surface water at each site. 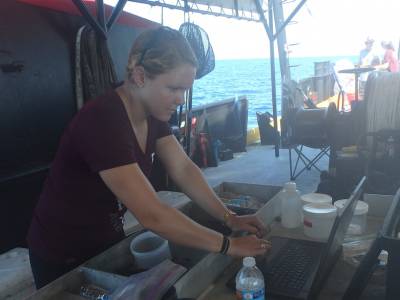 Near the end of the day the sargassum started to clear.  This time the neuston net sample contained the billfish that we had not seen in the previous tows.