Posted by Christia Hewlett on Thursday, 12 May 2016 in Teachers 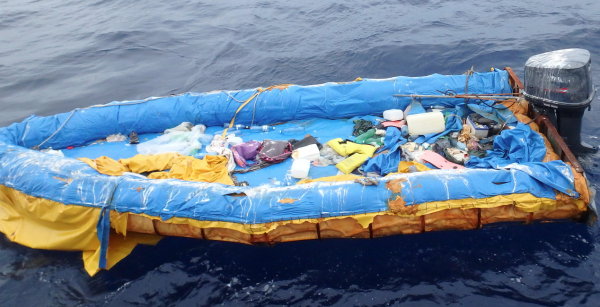 Yesterday when we were pulling the MOCNESS we saw what appeared to be an abandoned boat.  This observation was called into the US Coast Guard.  After finishing the trawl, we circled back by to take a look and make sure there was no one aboard.    The makeshift boat was filled with containers with water and leftover supplies.   It had metal ribs that were filled with some type of foam and then covered in a tarp.  A motor had been attached to it.  We hope that the people on board reached safety.  Perhaps the boat landed and then floated back out to sea or they were picked up by another vessel. Abandoned boats are one type of marine debris.  Luckily other than the boat we have not observed much in the way of marine debris. I personally have only seen 1 or 2 small pieces of trash floating in the water.

While we were checking out the boat it was noticed that the floating structure created something for small fish to congregate around.   This attracted some larger fish.   There was a school of Mahi-mahi or dolphin fish schooling.   Several of the fishermen on board were able to grab a fishing pole and some even caught a fish.  Here is a picture of the largest one caught.  We are looking forward to dinner tonight. 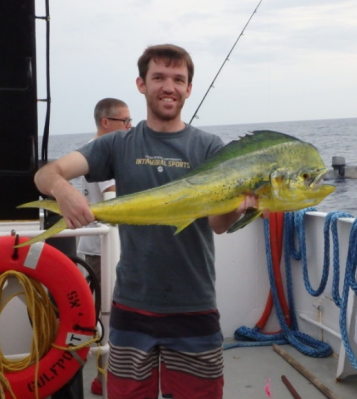 Travis and his catch