Jon Moore has not set their biography yet

For centuries, sailors and scientists have observed birds landing on ships. A ship out at sea is like a moving island in the ocean. Various birds may seek refuge on ships, especially when storms occur, or are attracted to the lights of the ship at night. It makes sense that many of these birds are sea birds, but a number of land birds may make migrations across ocean areas or get blown out to sea by storms along the coast. Given the several storms during our cruise, it is no surprise we have had a number of birds land on or fly close to our ship, while it was 100-150 miles off the coast of Louisiana, Mississippi, and Alabama. So, here is a short rundown of the birds we have seen recently…

Purple Gallinule – spent a couple days resting on one of the deck cranes until it took off. 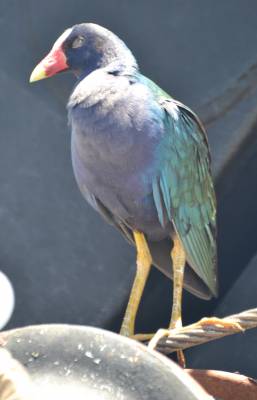 Louisiana Waterthrush – this wood warbler took refuge in a corner of the deck for a while before flying away. 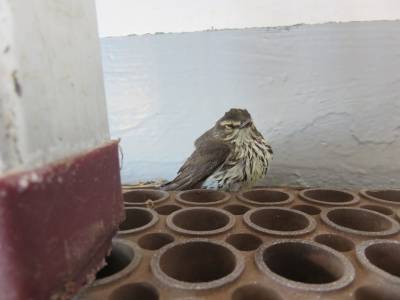 Northern Oriole – just showed up on the ship superstructure, rested for an hour, and took off. 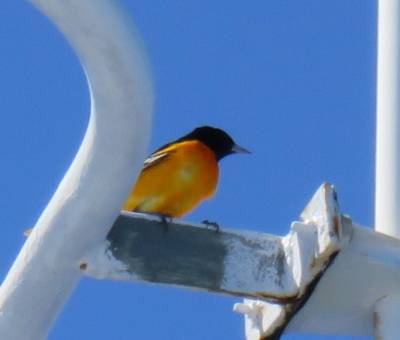 Cattle Egrets – we have had several stay around the ship, with a flock of 14 circling the ship one morning. 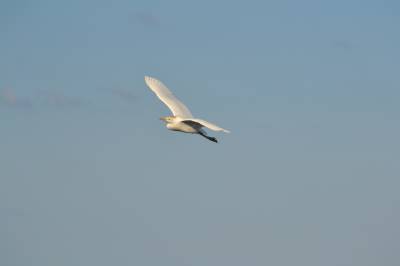 Bobolink – a few individuals flew around the boat this morning and one perched on the anchor chains and other structures on the bow. 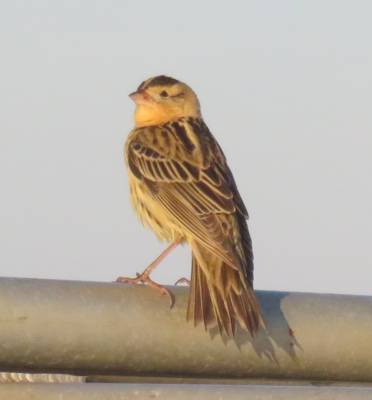 Barn Swallows – One morning just before another squall, there was a flock of approximately 100 circling the ship from 5-6 AM. A flock of about 8 flew by the ship yesterday after several days of clear weather. This morning 3 were perched on some fixtures.

We also had a very large flock of a small birds that might have been American Goldfinches, but it was too dark at 4-5 AM to see them clearly.

Coastal birds we have also seen far out at sea include…

Osprey – one landed on a container on the forward deck, sat for a few minutes, and then left when it was disturbed by a crew member.

Brown Pelicans – three juveniles paddled along with the ship and flew short stretches to catch up again.

Caspian Tern and Royal Terns – one Caspian and two Royals sought a perch on a part of the stern of the ship during a rain storm.

Laughing Gulls – 3 juveniles and 1 adult stayed around the boat for a day during and immediately after a storm.