DEEPEND|RESTORE is a 47-member, 11-institution research program funded by NOAA's RESTORE Science Program that expands upon the decade-long (2010-2020), open-ocean Gulf of Mexico research conducted during the NOAA-supported Offshore Nekton Sampling and Analysis Program (ONSAP) and the Gulf of Mexico Research Initiative-funded Deep-Pelagic Nekton Dynamics of the Gulf of Mexico (DEEPEND) Consortium. This project aims to identify/quantify long-term trends in the offshore fauna (fishes, shrimps, and cephalopods) of the Gulf of Mexico. Further, DEEPEND will integrate this information with ongoing resource management in the Gulf of Mexico. This management includes economically and ecologically important pelagic fishes as well as marine mammals, sea birds, and sea turtles. In addition to baseline assessments, DEEPEND will identify key drivers of offshore assemblages, develop an ‘indicator species plan’ for detecting anthropogenic changes, and assemble a faunal inventory for the oceanic Gulf of Mexico. To learn more about our mission, team, research, products, and management applications, please dive into the rest of the DEEPEND|RESTORE website.

From Armatus Oceanic Listen to Podcast here We have a confession to make. We talk a big game about how we are busting myths, tackling deep-sea tropes and showing the deep ocean as it really is… but w...

Assessing the impacts of the Deepwater Horizon oil spill (DWHOS) on deep-sea fish assemblages of the Gulf of Mexico (GOM) has been hindered by an absence of baseline (pre-spill) data concerning the po...

DEEPEND is so pleased to share this special issue of Oceanography magazine dedicated to ten years of GoMRI science! You can access the electronic version of the issue here. The issue is the culminati...

DEEPEND-RESTORE Cruise on board the R/V Point Sur 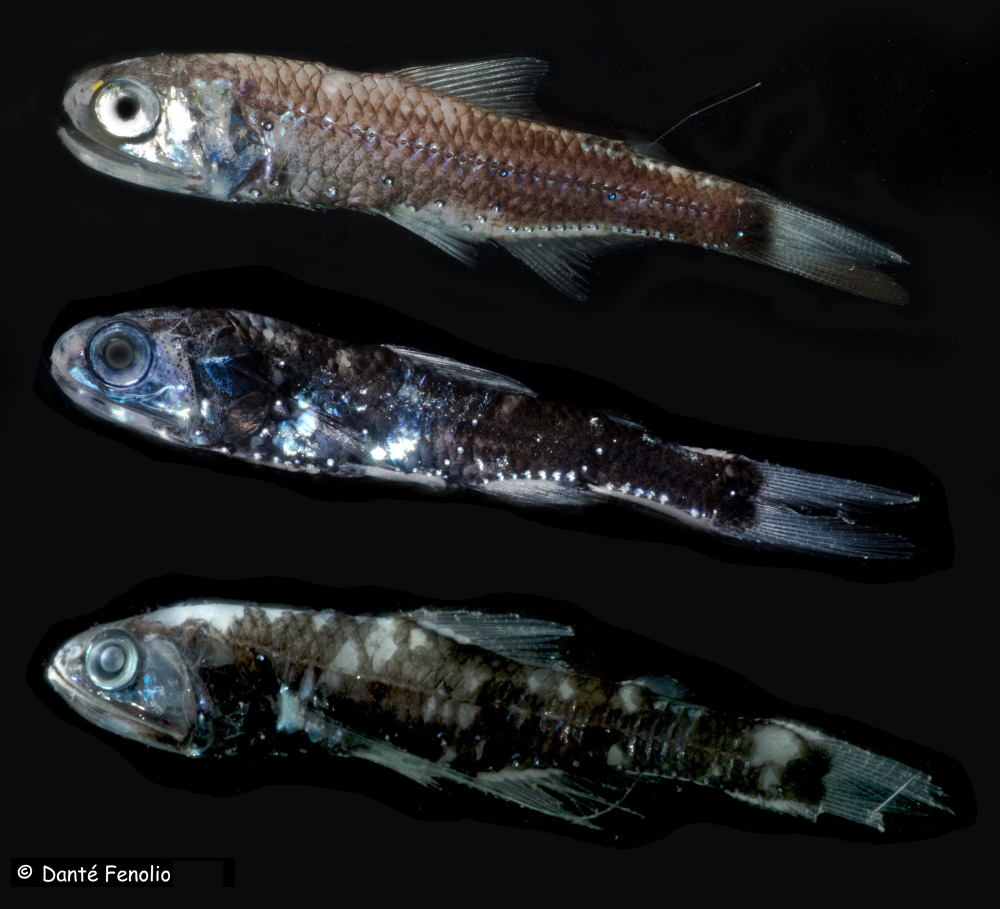 Assessing the impacts of the Deepwater Horizon oil spill (DWHOS) on deep-sea fish assemblages of the Gulf of Mexico (GOM) has been hindered by an absence of baseline (pre-spill) data concerning the population genetic dynamics of these fishes. The lanternfishes (Myctophidae) are a speciose, yet understudied, taxonomic group, that comprise a significant portion of the global deep-sea biomass, making them integral members of meso- and bathy-pelagic food webs. A DEEPEND Consortium team, led by NSU Research Scientist, Dr. Andrea Bernard, used a high-resolution genomic marker (SNP) approach to conduct the first investigation of the population genetic dynamics, including genetic diversity and temporal population structure, of three species of lanternfishes within the northern GOM. Surprisingly, even though all three species are presumed to have very large population census sizes, all were found to have low levels of genetic diversity and high inbreeding coefficients. For two of the three species (C. warmingii and L. guentheri), there was no evidence of temporal population genetic structure within northern GOM waters; conversely, significant intra-GOM genetic population structure was found for D. dumerilii. These results highlight the complex genetic dynamics of this group of fishes. There is a strong need for more surveys to characterize the baseline genetic makeup of lanternfishes to not only improve fundamental knowledge of this key group of fishes but also aid understanding how their populations may respond to future environmental perturbations.