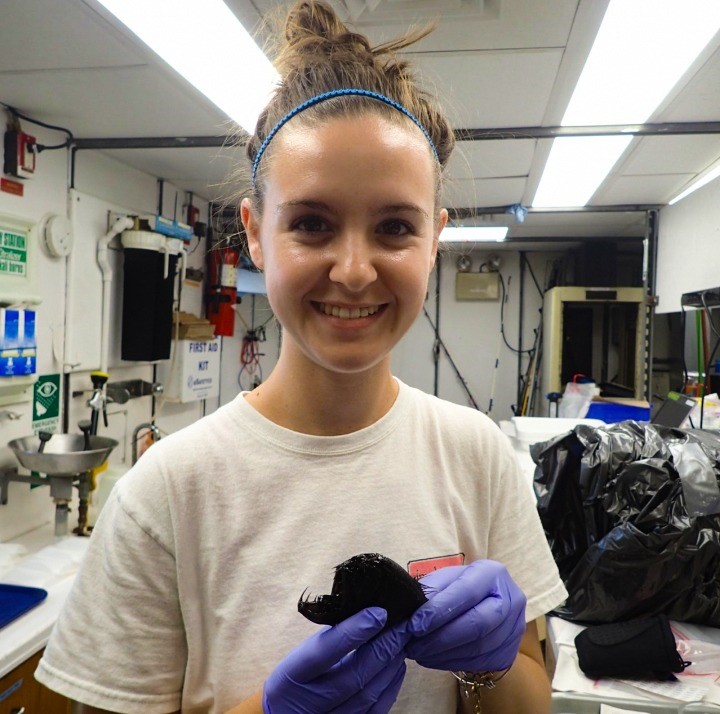 The DEEPEND Consortium's master’s student/Graduate Research Assistant, Natalie Slayden, was named a GOMRI scholar at the beginning of this year and her work is now featured on the GOMRI website:

“The ocean’s deep-pelagic ecosystem is the largest and least understood habitat on Earth. In the Gulf of Mexico, it was the largest ecosystem affected by the Deepwater Horizon incident. Because there was very limited pre-spill data about deep-pelagic organisms’ biodiversity, abundance, and distribution, it is difficult to determine how oiling may have affected different deep-sea species.

Information about the longevity and age at reproduction of key Gulf of Mexico deep-sea fauna, such as lanternfish or fangtooths, is crucial to determine their vulnerability and resilience to disturbances such as oil spills. However, the depths at which these organisms live and the challenges involved with raising them in captivity or tagging them in the wild make collecting this data difficult.

Natalie Slayden uses ear stones, called otoliths, collected from fish living in Deepwater Horizon-affected waters to study the age and growth of nine Gulf of Mexico deep-sea fish species. Her research can be used to estimate the lifespan and age at which these deep-sea fishes reproduce to determine how quickly a potentially compromised assemblage might be replaced following an environmental disturbance.

Natalie is a master’s student with Nova Southeastern University’s Department of Marine and Environmental Sciences and a GoMRI Scholar with the Deep-Pelagic Nekton Dynamics of the Gulf of Mexico (DEEPEND) Consortium. The GoMRI community embraces bright and dedicated students like Natalie Slayden and their important contributions.

The GoMRI Scholars Program recognizes graduate students whose work focuses on GoMRI-funded projects and builds community for the next generation of ocean science professionals."

Her story can be found here 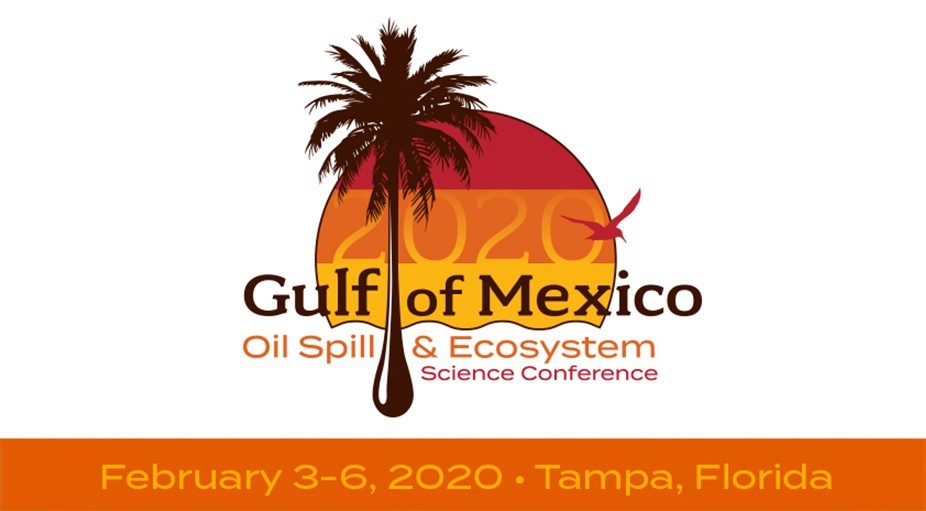 DEEPEND will be heading to the Gulf of Mexico Oil Spill & Ecosystem Science Conference from February 3-6, 2020, in Tampa, FL. We will be represented by 18 talks and 6 posters. Our team will be presenting data on a wide range of topics, such as: faunal trends and baselines, drivers of pelagic ecosystems, indicators of petrogenic contamination, faunal inventories, open-ocean restoration, and education and outreach. We also have three PIs chairing sessions: Dr. Tracey Sutton (Session 2), Dr. Rosanna Milligan (Session 11), and Dr. Isabel Romero (Session 20). Come and learn more about our research! Check out our presentation list below. Hope to see you there! 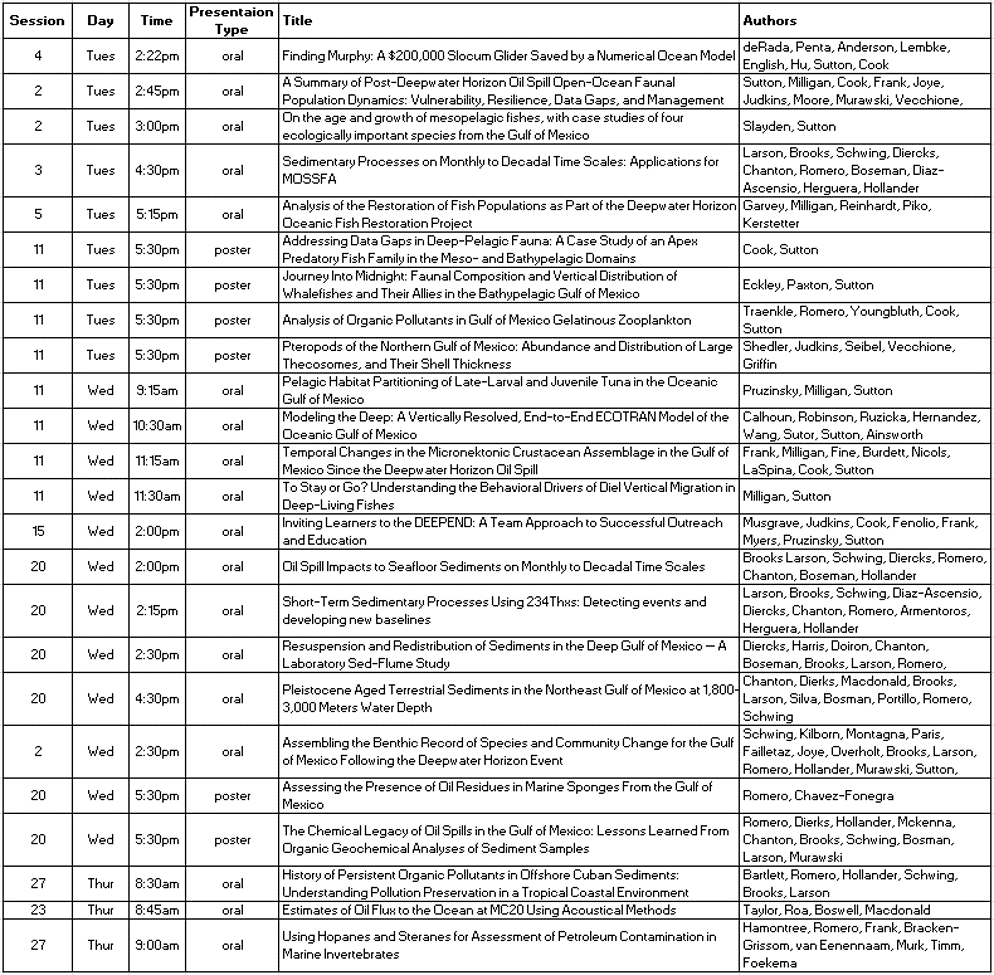 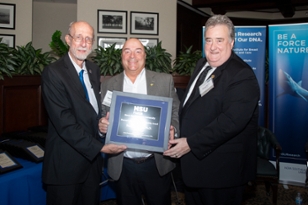 The purpose of the award is to recognize a faculty member who has demonstrated significant achievement in support of NSU's mission to foster scholarship, intellectual inquiry, and academic excellence. Research and scholarship are two of NSU's eight core values, and excellence in these areas enhances education, patient care, and public service, and develops superior scholarship.

Dr. Sutton's award is a featured story on the GoMRI website 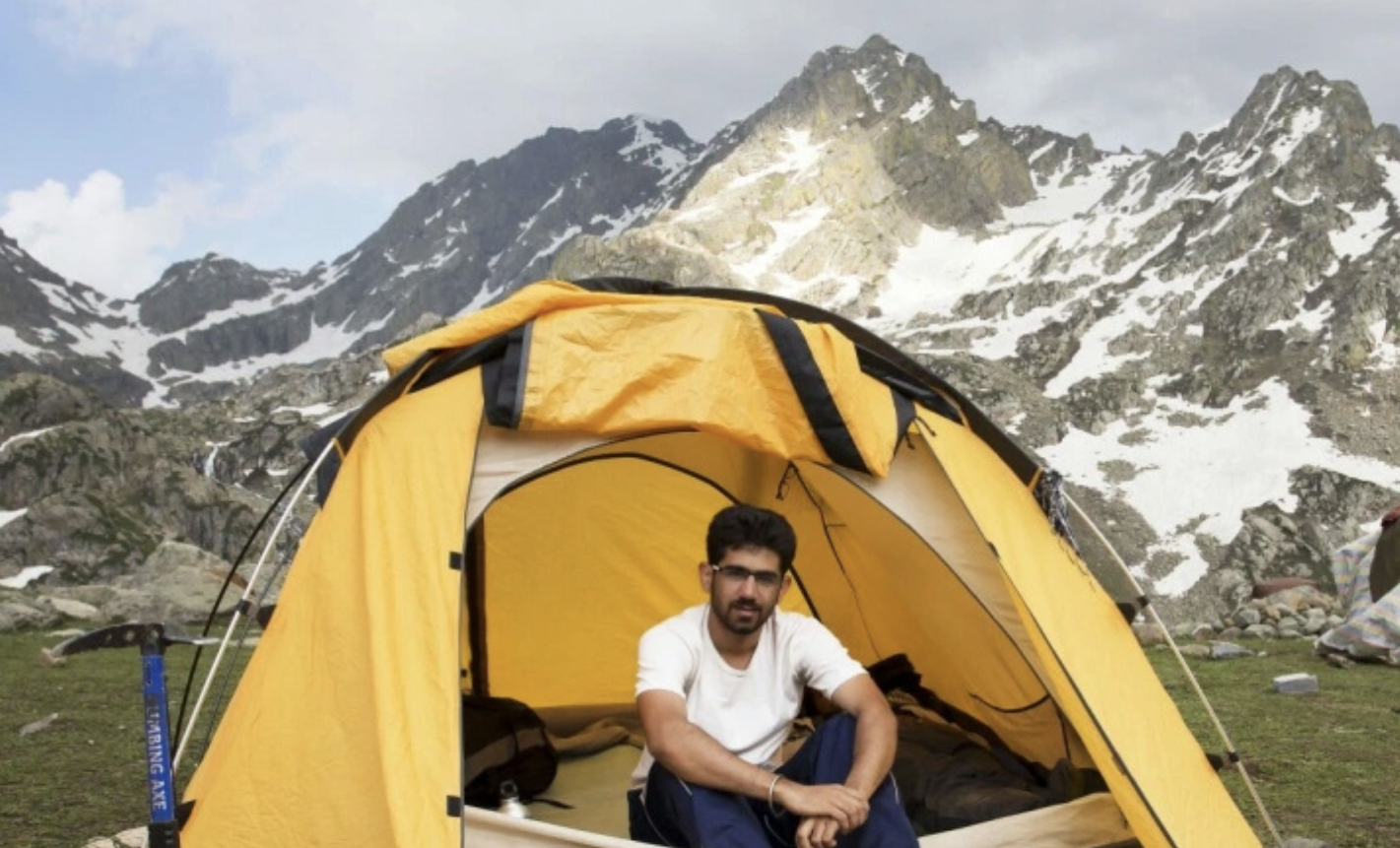 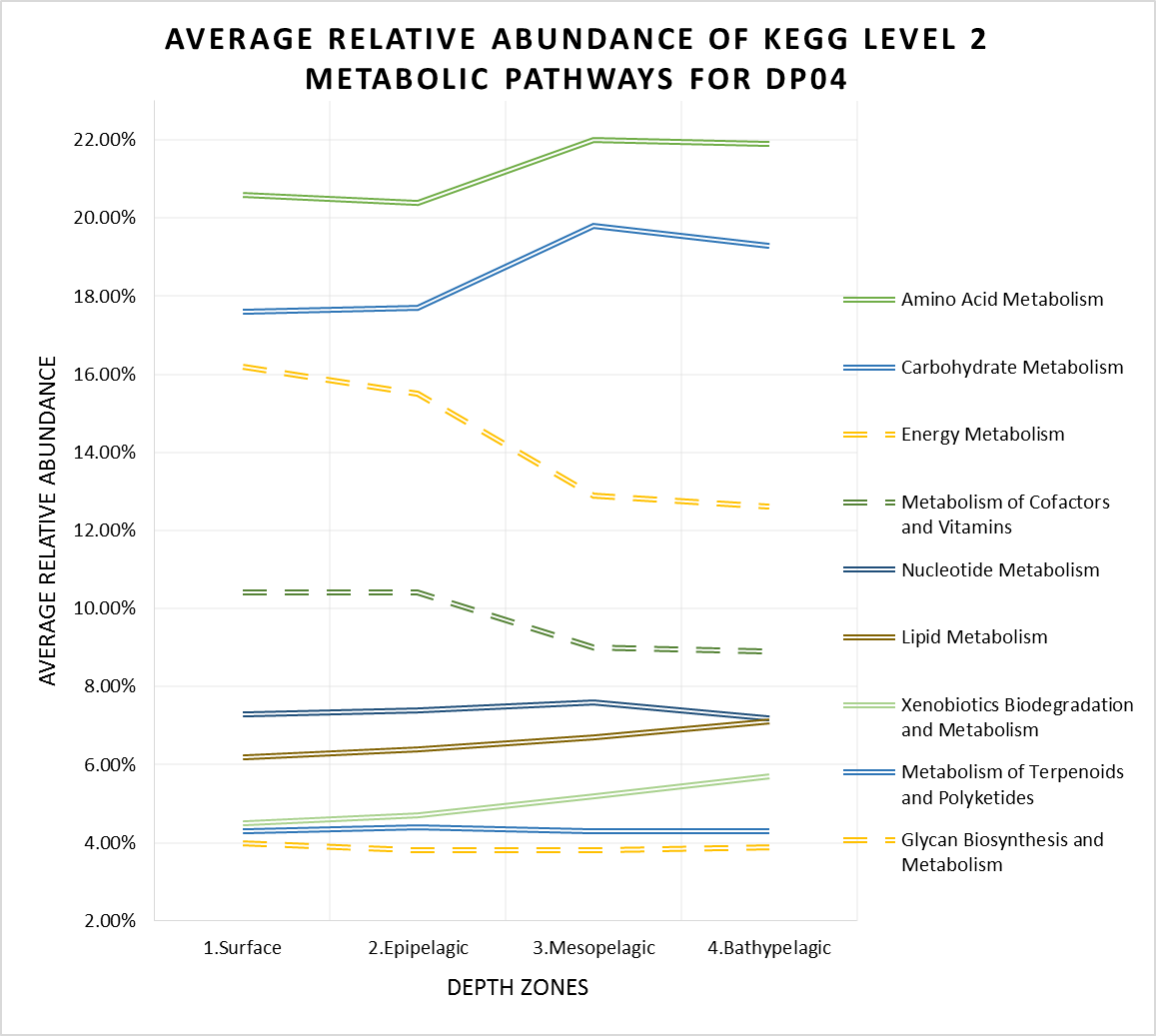 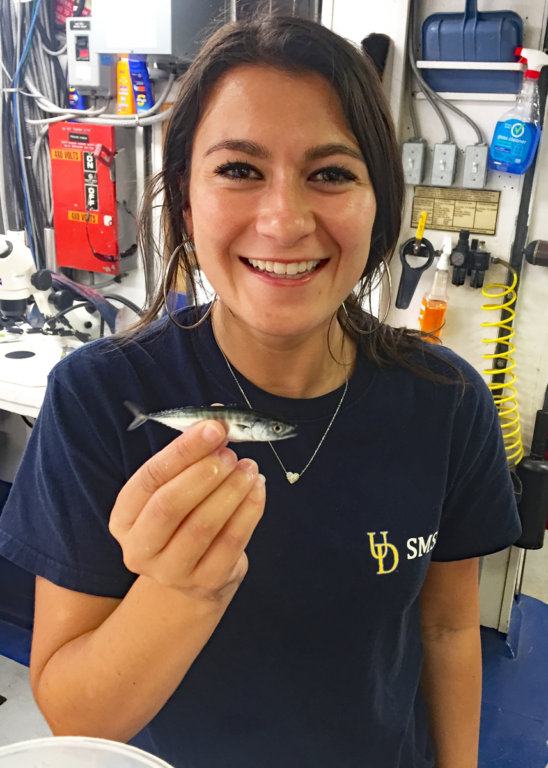 The DEEPEND Consortium's Research Associate Nina Pruzinsky, M.S. was  recently named a GOMRI scholar and her work is now featured on the GOMRI website:

"The Deepwater Horizon oil spill overlapped with the spawning activities of many ecologically and economically important tuna species. However, the significant knowledge gap regarding early life stage tuna taxonomy and distribution makes it difficult to understand how the spill may have affected them.

As a graduate student, Nina Pruzinsky examined the abundance, distribution, and morphological characteristics of larval and juvenile tunas (Scombridae) and identified primary drivers of their distribution to help fill this gap and inform future management and conservation efforts.

Nina, who recently completed her graduate studies, was a master’s student in Nova Southeastern University’s Department of Marine and Environmental Sciences and a GoMRI Scholar with the Deep-Pelagic Nekton Dynamics of the Gulf of Mexico (DEEPEND) Consortium.

The GoMRI community embraces bright and dedicated students like Nina Pruzinsky and their important contributions. The GoMRI Scholars Program recognizes graduate students whose work focuses on GoMRI-funded projects and builds community for the next generation of ocean science professionals."

Her story can be found by clicking this link.